Coochbehar – the City of Ancient History

The historically rich town of Coochbehar falls under the district of Coochbehar in West Bengal. It shares border with Assamese towns on the east and neighbouring country Bangladesh on south. Certainly, such an important town from the aspect of history attracts several tourists every year. Some of the houses here contain ancient artefacts and remains of pre-colonial rule in India. Age old temples and other religious places, huge number of different migratory birds, cultural fairs, book fair, exhibitions of fruits and flowers and famous Ratha Yatra are other important attractions of this city.

Places to visit in Coochbehar 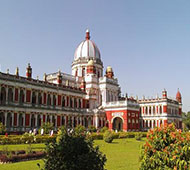 King Nripendra built this palace during 1880, following the same architectural model of Victorial palace in Kolkata. Tourists love to visit this age old palace not only because of grand royal history, but also the well maintained garden and lawn around it and some very significant artefacts of 19th century. 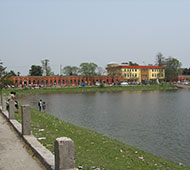 There is an artificial lake in Coochbehar, known as Sagar Dighi, which is one of the largest waterbodies of the town. The lake is surrounded by some ancient political buildings on three sides and the entire area offers excellent chance for bird watching, especially migratory birds. 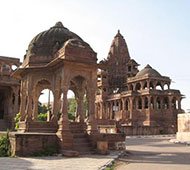 Located at a distance of 8 km from the main town of Coochbehar, Siddhanath Shiva Temple is one of the ancient ones of this region. The beautiful architecture of the temple includes peaks, pillar and domes from the era of the first half of 19th century. 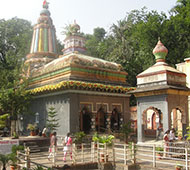 Around 12 km away from the town, there is a temple, dedicated to Lord Shiva, called as Baneswar Shiva Temple. The sub-temples in the complex include various images of various Hindu deities like Goddess Gouripat and Ardhanishwar. Following the age old belief, people don’t leave the temple without taking bath in the ancient lake. 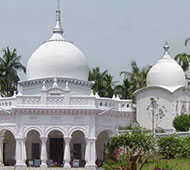 A temple was established by King Nripendra in the centre of the town, dedicating to Goddess Kali. This ancient Hindu temple is one of the biggest centres of faith in the entire region of North Bengal. Frequently visited by many devotees and tourists, there is a lake inside the temple complex .