DARJEELING – QUEEN OF THE HILLS

Darjeeling District is the northernmost district of the state of West bengal in eastern India in the foothills of the Himalayas The district is famous for its hill Station (often referred to as the Queen of the Hills) and Darjeeling Tea. Darjeeling is the district headquarters. 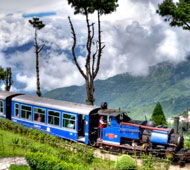 Spread in ribbons over a steep mountain ridge, surrounded by emerald-green tea plantations and towered over by majestic Khangchendzonga (8598m), Darjeeling is the definitive Indian hill station and is arguably West Bengal’s premier attraction. When you aren’t gazing open-mouthed at Khangchendzonga, you can explore colonial-era architecture, visit Buddhist monasteries, and spot snow leopards and red pandas at the nearby zoo. The adventurous can arrange a trek to Singalila Ridge or hire a mountain bike for a guided ride around the hilltops. Meanwhile the steep and winding bazaars below the town bustle with an array of Himalayan products and faces from across Sikkim, Bhutan, Nepal and Tibet. And finally, when energies start to flag, a good, steaming Darjeeling brew is never far away. 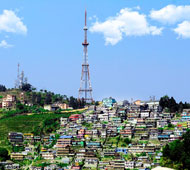 Kurseong, 32km south of Darjeeling, is a tiny but bustling hill town best known for its tea estates and Raj-era boarding schools. Its name derives from the Lepcha word khorsang, a reference to the small white orchid prolific in this area. Flanked by hilly slopes draped with manicured tea estates, it is also currently the southern terminus for the charming toy trains of the Darjeeling Himalayan Railway. With its mountains providing a cool and dry environment in the summer, Kurseong was a favourite of the British. Nevertheless, they found travelling there from the plains of Bengal difficult, even on warm sunny days because of the mountains. Hill Cart Rd (Tenzing Norgay Rd) – the noisy, traffic-choked main thoroughfare from Siliguri to Darjeeling – and its remarkably close shadow, the railway line, wind through town. 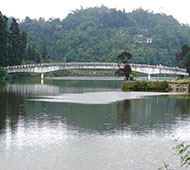 Mirik is a small hill town famous for its high-quality orange orchards, tea estates and several tourist attractions. Mirik is a tourist spot nestled in the serene hills of Darjeeling District in West Bengal. It is the headquarters of Mirik Subdivision. The name Mirik comes from the Lepcha words Mir-Yok meaning "place burnt by fire". Mirik has become a popular tourist destination for its climate, natural beauty and easy accessibility. The centre of all attraction is Sumendu Lake surrounded by a garden named Savitri Pushpaudyan (after Savitri Thapa, a martyr soldier of INA) on one side and pine trees on the other, linked together by an arching footbridge called Indreni Pool (named after Indreni Thapa, a martyr soldier of INA). A 3.5-km-long road encircles the lake and is used for walks with the view of Khangchendzonga on the far horizon. Boating on the quaint shikaras and horse riding are available. 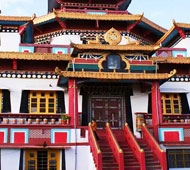 Kalimpong is a hill station in West Bengal. It is located at an average elevation of 1,250 metres (4,101 ft). The town is the headquarters of the Kalimpong. The Indian Army's 27 Mountain Division is located on the outskirts of the town. This bustling bazaar town sprawls along a saddle-shaped mountain ridge overlooking the roaring Teesta River and lorded over by the summit of Khangchendzonga. It’s not a must-see, but it does boast Himalayan views, Buddhist monasteries, colonial-era architecture and a fascinating nursery industry, all linked by some fine hikes. You could easily fill three days here. 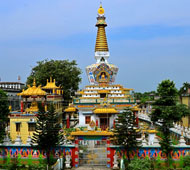 Siliguri is a city which spans across Darjeeling and Jalpaiguri District in the Indian state of West Bengal. The city is located on the banks of the Mahanda River and the foothills of the Himalayas. It lies 35 kilometres away from its twin city, Jalpaiguri which merge to become the largest metropolis of the region. This crowded and noisy transport hub encompassing the twin towns of Siliguri and New Jalpaiguri (NJP) is the jumping-off point for Darjeeling, Kalimpong, Sikkim, the Northeast States, eastern Nepal and Bhutan. However, despite this being one of the largest cities in the state, there's little to see or do here, apart from staying the night in transit, if you have to. 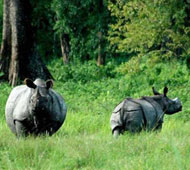 The Dooars or Duars means 'Doors' in Assamese, Bengali, Maithili, Bhojpuri, Magahi and Telugu Language. These are the alluvial Floodplains in northeastern India that lie south of the outer foothills of the Himalayas and north of the Brahmaputra River Basin. This region is about 30 km (19 mi) wide and stretches over about 350 km (220 mi) from the Teesta River in West bengal the Dhanshiri River in Assam. The region forms the gateway to Bhutan. It is part of the Terai-Duar Savanna and grasslands ecoregion. The beauty of the region lies not only in its tea gardens but also in the dense jungles that make up the countryside. Many wildlife sanctuaries and national park Manas National Park in Assam, Jaldapara National Park, Buxa National Park, Gorumura National Park, Chapramari Wildlife Reserve and the Mahanada Wildlife Sanctuary in West Bengal are located in this region. A number of rare endangered species of animals like Tiger, Rhinocerous and Elephant make their habitat in the forests of the Dooars. Other animals includes different types of Deer, Bison, birds and reptiles. A railway line runs through the tea gardens and the various protected areas and a number of elephants have been killed in collisions with trains.

SIKKIM – THE HOME OF GLACIERS

The Northeast Indian state Sikkim is acclaimed for its tranquil beauty in each angle. It shares border with three different nations like Tibet in north, Bhutan in east and Nepal in west. From such an internationally important border to various landforms –you will witness different alternatives in the whole locale. Besides, the border of Sikkim and Nepal shares the location of world’s third highest mountain peak. What is more interesting is that, Sikkimese people talk in 11 distinct languages including Hindi, English, Sikkimese, Nepali, Lepcha, Rai and so on. As a result of its assortment in everything individuals from all through the globe visits this spot much of the time. People find this place suitable for both sightseeing and adventure trips. 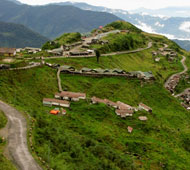 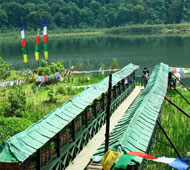 West Sikkim is one of the four areas in Sikkim. The capital of the locale is a Geyzing, which is otherwise called Gyalshing. With two sub-divisions in Gyalshing and Sorreng, this locale is arranged around 3500 m height. On the off chance that you are on a West Sikkim visit arrangement, you ought to have legitimate thought regarding all the littler and greater areas which takes you to radiant situations. Prevalent particularly amongst the outside activists, this district in Sikkim is appropriate to dispatch a trekking or mountaineering trip and sightseeing in the historical locations. 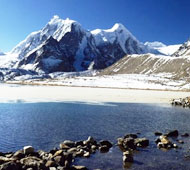 India has earned itself a slice of heaven in the form of North Sikkim. Snuggling the Himalayas, this beautiful part of a Northeastern Indian state is a place unlike any other in the country. The breathtaking view of Mount Kanchendzonga, the fragrance of variety of flowers, the quietness of sparkling lakes and the gurgling of rivers like Teesta make North Sikkim a destination that no nature lover should miss. So, whether you are looking for some adventure or peace of mind, solace or romance, North Sikkim is a destination that you must plan to visit. Here is a list of top 16 places in North Sikkim that every nature lover should visit. 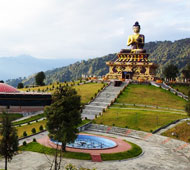