Assam gets you wondering! It truly does! Catching the eyes of nature lovers and adventure enthusiasts, Assam is an absolute delight! AND if boasting is not a sin may I say that even the veteran photographers have put Assam in their Good Books! This North Eastern state flaunts its natural beauty and its ever so delightful culture. The tribal traditions, the sprawling tea gardens, the riverine islands, the Satras, abundant wildlife, majestic Brahmaputra, exotic Bihu dance, fragrant cuisine and gorgeous people are the true identity of this amazing destination called Assam. It is one of those places in India that gives you the notion that the country is absolutely diverse and filled with colours that the world has no clue about! Here is the list of best places to visit in Assam that will help you explore more about this Golden Land.

Places to visit in Assam 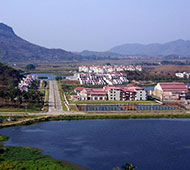 It seem like the elders in the society can never be wrong. They once named Guwahati Pragjyotishpur (Light of the East) and we believe that Guwahati has lived up to this title. It is the largest cosmopolitan city in the North East and is often referred to as the Gateway of North East India as well. Snuggling the turbulent Brahmaputra River and touching the feet of the Shillong plateau, Guwahati has been blessed with immense natural beauty that one can apparently witness, once one moves towards the suburbs of the city. Since, it is the centre of many alluring tourist destinations in Assam like Kaziranga National Park, Kamakhya Temple, Bamuni Lake, Umananda Temple and Sualkuchi, tourists have to pay a visit to this incredible place. 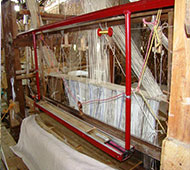 Find the best handloom work at Sualkuchi. Situated about 35kms from Guwahata, Sualkuchi is the pride of Assam. Visiting here can be an eclectic experience as at each house here one can find traditional bamboo looms. Known for silk weaving and making of some gorgeous Mekhla Chadars, (Traditional Women Attire), saris and shawls, the locals of Sualkuchi have simple traditional lives. It is one of a kind place, where tourists have the opportunity to witness the lifestyle of the natives and interact with them. The rustic setting and the nature’s beauty further add to the attraction of this lovely place. 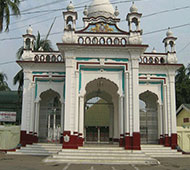 Sheer divinity is the identity of Hajo. Situated at a distance of about 24kms from Guwahati, Hajo can rightly be called the pilgrimage city. Dotted with a number of Hindu temples, Hajo invites all to taste the flavour of utmost spirituality. Among the famous Hindu shrines in Hajo are Hayagriva Madhab Temple on Manikuta Hill, Kedareshwar Temple and Ganesha Temple. On the other hand Muslims also rever Hajo as a holy place and come here to pay homage at Powa Mecca. Buddhists see Hajo as a pious place where Lord Buddha attained Parinirvana. Hajo or precisely Sarthebari is famous for its bell metal items and when you are there; make sure you buy at least a souvenir. Whether you believe in religion or not, you will love to see this holy destination in Assam, which defnitely has the capability to change your perspective towards spirituality. 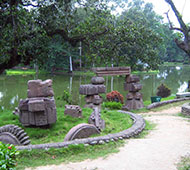 Abounding archaelogocal sites, deep mythological connection and beauty that can woo any nature lover, make Tezpur one of the best places to see in Assam. Situated in Sonitpur district, Tezpur is located at the bank of the River Brahmaputra. The city is often called the City of Eternal Romance as it narrates a love story of Usha (King Baana’s Daughter) and Anirudha (Grandson of Lord Krishna). The scenic beauty of Tezpur has been enhanced by the surrounding mountains of Arunachal Pradesh, the sprawling tea gardens, swiftly flowing Brahmaputra and the northern backdrop of snow-capped Himalayan peaks, which honestly make the city ever so romantic. Bamuni Hill, Agnigarh, Cole Park, Mahabhairab Temple, Hazara Pukhuri and Bhomoraguri are the major attractions in the city. Tezpur can be an ideal honeymoon destination in Assam, the kinds that will amplify the power of Love. 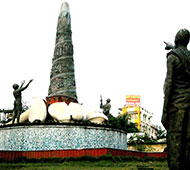 Reckoned to be the Cultural Capital of Assam, Jorhat owes much to its history. It was the last capital of the Ahom Kingdom and thus has the last burial mounds of the empire. Today Jorhat has the largest Tea research station in the country and therefore it is now known as the Tea Capital of India. Jorhat is inhabited by people of different culture; thus every now and then the city is seen celebrating one festival or the other making it one of the most popular travel destinations in Assam.The main attractions of Jorhat include Bangal Pukhuri, Thengal Manor, Burigosain Devalaya, Purnananda Buragohain Maidam, Bilvesvar Siva Temple, Magolu Khat, Dhekiakhowa Bornamghar and Raja Maidam. 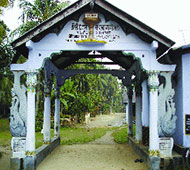 A little of history and whole lot of nature makes Majuli the best place to visit in Assam. It is India’s largest riverine island and is also one of the most important Satras established by Sankardeva and Madhavdeb. Formed by the turbulent Brahmaputra, Majuli islands sprawls over an area of approximately 452 sq km. Most of the islands in Majuli get submerged in water during monsoon; however, the bigger islands like Kamalabari, Auniati and Garamur remain in a better condition. Majuli is a birdwatcher’s paradise and the camera wielders are simply going to get hooked to this place. Holiday in Assam is incomplete without paying a visit to this impeccable destination. With almost no hotels, Majuli is a one of its kind place that you will visit in India. Homestays are the only option here, but during the stay one gets the chance to witness the lifestyle of the people of Majuli. The main occupation here is agriculture, weaving, fishing, pottery and boat making. 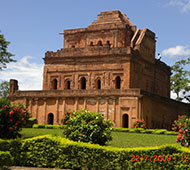 Literally meaning The Ocean of Lord Shiva, Sivasagar is one of the popular tourist attractions in Assam. This Upper Assam city has served as the seat of the Ahom for over 6 centuries, so you can expect a lot of Ahom influence in the architecture and culture here. Sivasagar was reckoned as the Golden Land by the Ahoms, who by chance reached this gorgeous place and found it worthy enough to be their power seat. At present, the city is amongst the most important tea and oil trading centres in Assam. Sivasagar is a great place for history lovers. Also, since the city has a fabulous backdrop, photographers are likely to get attracted to it as well. Shivadol, Gaurisagar Tank, Joysagar Tank and Temples, Rang Ghar, Charaideo, Ahom Museum, Talatal Ghar and Gargaon Palace are the tourist attractions in Sivasagar. 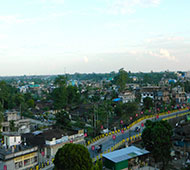 Meet the Tea City of India, Dibrugarh, which is situated in the Upper West region of Assam. An important tea trading centre and the authentic reflection of Assam, Dibrugarh has been quite a charmer all through the years. One has the opportunity to see the most turbulent face of Brahmaputra here along with witnessing the scenic panorama of pristine beauty. Dibrugarh has been popular amongst tourists as it offers the opportunity of trekking, mountaineering and camping and if you are travelling in Assam you are likely to be advised to visit this beautiful place for sure. The city is also an important hub of silk garments. Exhilarating is all its senses; Dibrugarh is one experience that you should not miss out in Assam. 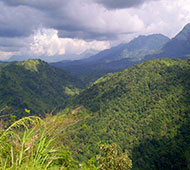 Yes, this is the place that you were looking for… far from the maddening crowd and nestled in the pristine lap of nature; North Cachar Hills are amongst the best sightseeing places in Assam that you can think of! The rolling hills are home to many tribes in Assam like Dimasa, Hmar, Kuki, Zeme, Biate and Hrangkhol, who have their own customs, dialects and traditions. A lively region with ever so vivacious culture and landscape, North Cachar is a nature lover’s heaven with cascading waterfalls, streams and rivulets and the chain of emerald green mountains. Dima Hasao as it is called has attractions like Jatinga, Haflong, Maibang, Umrangso and Panimoor. Each of these places has the enigmatic power to leave one spellbound with its beauty and utmost tranquillity. 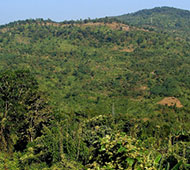 Assam got it rolling and Barak Valley leads the march. Undoubtedly one of the most beautiful regions that one can come across in Assam, Barak Valley covers the regions of Cachar, Karimganj and Hailakandi. Silchar is the major town of this region, which lies on the bank of Barak River. The whole of Barak Valley is a dreamland with undulating lush green hills, tea gardens, meandering rivers (Barak and Kushiara) and impeccable peace; it is indeed the best place for sightseeing tour in Assam. The main attractions of Barak Valley are Khaspur, Bhuban Temple, Salganga, Karimganj, Badarpur Fort, Hailakandi, Pirbadi, Siddeshwar Temple, Adi Kali Mandir and Kachakanti Temple. Winter is the best season to visit Barak Valley but if you want to taste the famous Lakhipur pineapple, monsoon is the best time to be here. 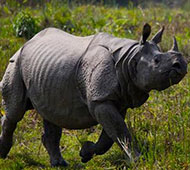 Kaziranga National Park is a national park in the Golaghat and Nagaon districts of the state of Assam, India. The sanctuary, which hosts two-thirds of the world's great one-horned rhinoceroses, is a World Heritage Site. According to the census held in March 2015, which was jointly conducted by the Forest Department of the Government of Assam and some recognized wildlife NGOs, the rhino population in Kaziranga National Park is 2,401. It comprises 1,651 adult rhinos (663 male, 802 are females, 186 unsexed); 294 sub-adults (90 males, 114 females, 90 unsexed); 251 juveniles and 205 cubs. Kaziranga is home to the highest density of tigers among protected areas in the world, and was declared a Tiger Reserve in 2006. The park is home to large breeding populations of elephants, wild water buffalo, and swamp deer. Kaziranga is recognized as an Important Bird Area by BirdLife International for conservation of avifaunal species. When compared with other protected areas in India, Kaziranga has achieved notable success in wildlife conservation. Located on the edge of the Eastern Himalaya biodiversity hotspot, the park combines high species diversity and visibility.